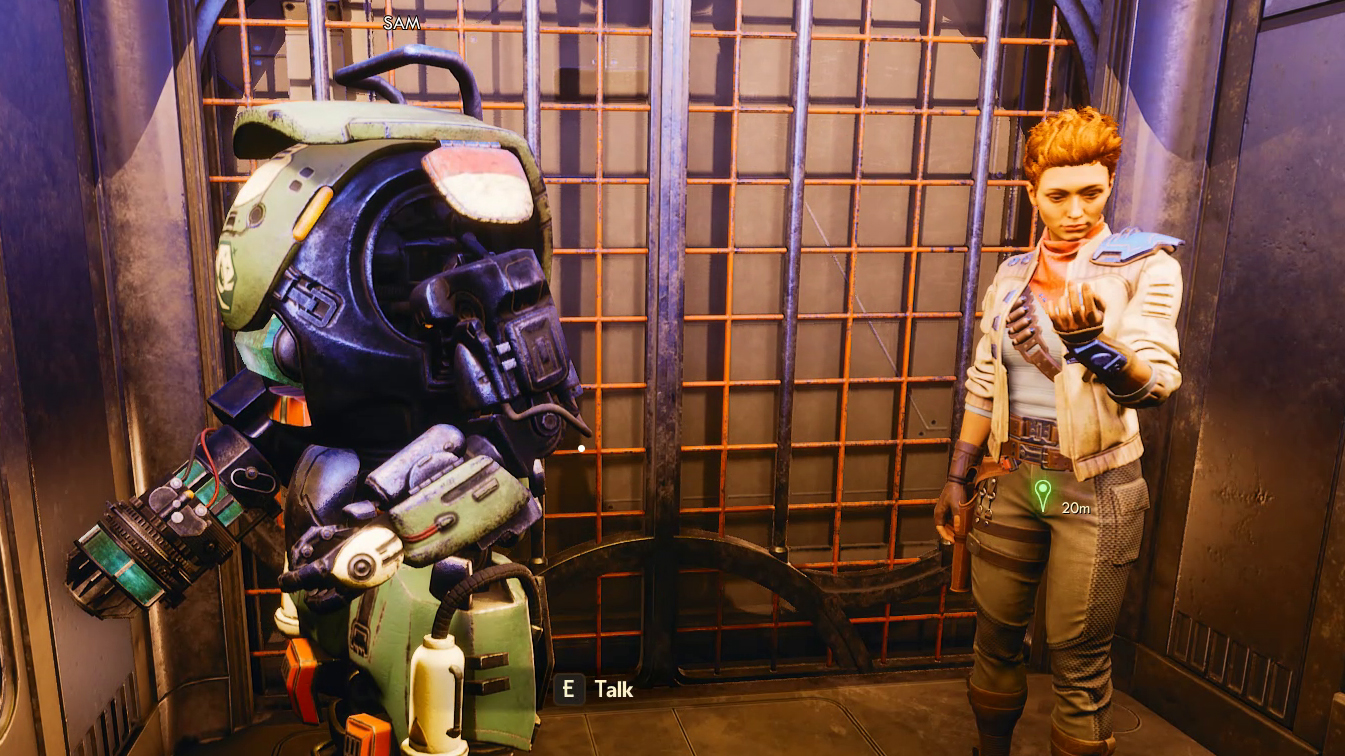 I’m not sure exactly when I first noticed it while playing The Outer Worlds. But along with all the perks your companions have for increasing their damage, decreasing their special ability cooldowns, and improving their health, they also have a secret, hidden perk. This perk allows them to get into elevators with you, no matter what, as if by magic. And this perk has a 99.9% success rate.

It’s not that companions riding elevators with you is weird. They’re your followers. They follow you everywhere you go. But this level of following hasn’t been seen in games since Creepy Watson from Sherlock Holmes: Crimes and Punishments. It’s downright supernatural.

No matter how far away from you they are, once you throw that elevator switch your companions will instantly be right beside you. It’s spooky.

As often happens, once I notice something weird happening in a game, the weird thing itself becomes a minigame for me. So, every time I got into an elevator while I was playing The Outer Worlds, I’d try to prevent my companions from suddenly appearing in it with me.

It wasn’t easy. Sometimes I’d send them way down the hall or across a planet’s surface to see if I could sneak an elevator ride all alone. Sometimes I’d just run past them and try to flip the switch before they had time to even react. But it never worked, and I never saw them actually teleport. They’d only do it when my back was turned, even if it was just for a second.

Once I tried to avoid taking an elevator altogether. As my companions stood on an outdoor lift platform with me, I slowly sidled backwards off the edge, falling to the ground and casually shattering my leg while keeping an eye on them. Then I backed away slowly, always keeping them in my sights.

Their elevator magic doesn’t let them flip the switch themselves—they remained up top on the platform, shifting around uncomfortably, obviously desperate to materialize at my side. But they resisted until I finally turned my head. When I turned back, SAM was now standing next to me, though Felix was still waiting on the platform. Another quick glance away, and Felix appeared next to me too. Clever bastards.

Finally, and this was very late in the game, my pointless persistence wore them out. I’m not sure why or how, because by this point I had attempted dozens of times to ride an elevator alone, but as I backed into this particular elevator and threw the switch, they both failed to materialize next to me.

Somehow, I beat the minigame of my own making.

I was so genuinely excited that I celebrated by jumping up and down and blasting electric goo everywhere. You’ve gotta revel in life’s little victories. I still fully expected them to eventually appear, but they never did, even when I turned my back for several seconds. Even as I ran through the upper level, they still did not rejoin me. Only when I left the building completely did they return.

Why didn’t they appear in this particular lift? I don’t know. Maybe all the doors I was closing in their faces along the corridor finally made them take the hint. “The boss wants to ride this lift alone. Let’s let the baby have his way. Just this once.”