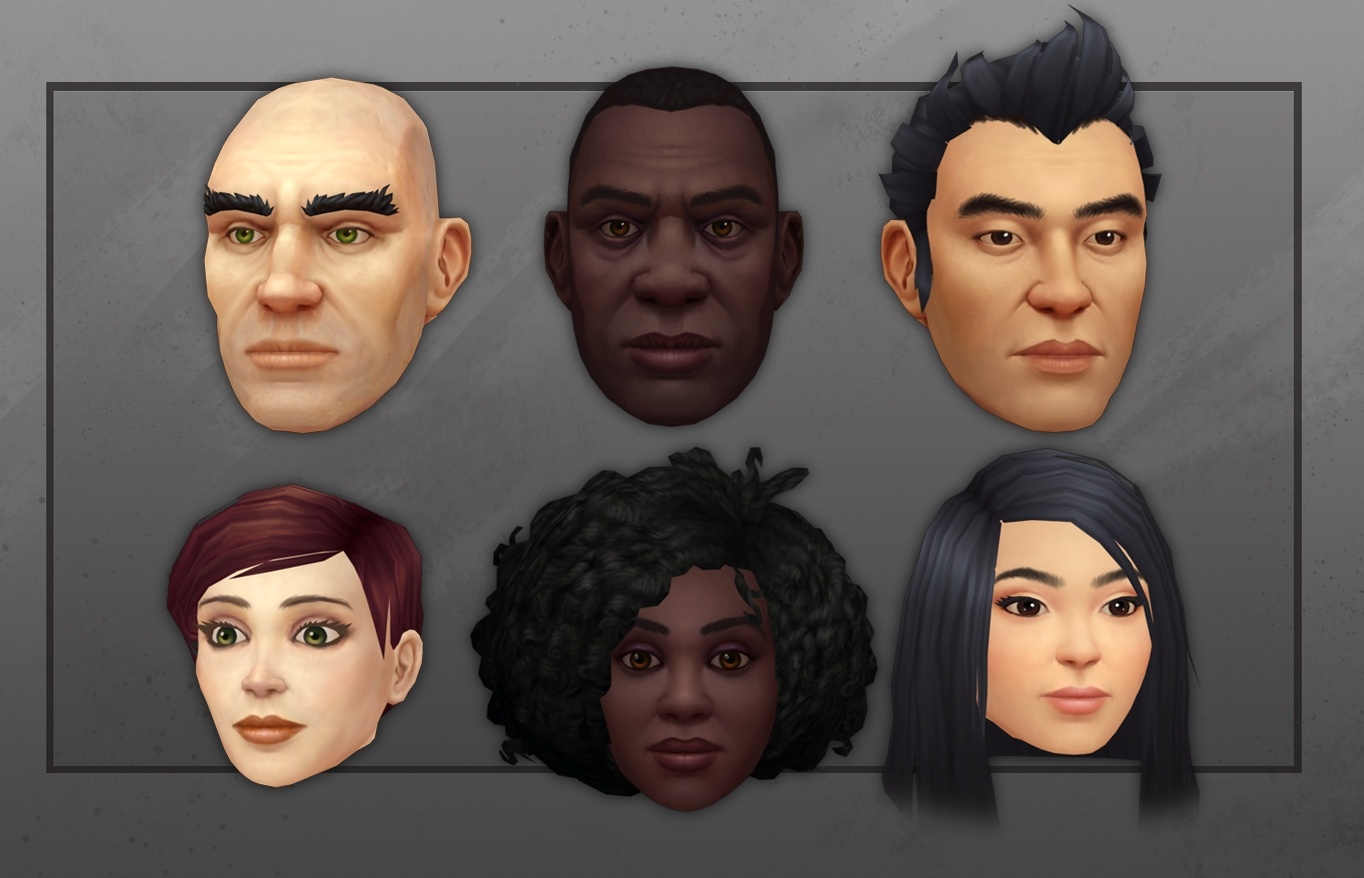 With World of Warcraft: Shadowlands, Blizzard is introducing a bunch of new character customisation options, which include more skin tones and face options that will finally let players create a more ethnically diverse roster of heroes. But why did it take 15 years?

While there are currently some darker skin tones, generally you’re limited to making very tanned white people. World of Warcraft gives you a list of faces to pick from rather than you letting you shape them yourself, and it skews Caucasian.

It took so long to change this, according to a Eurogamer interview, because Blizzard didn’t have time or resources for it.

“One of the things that’s just a reality of making videogames is we have to figure out exactly where we spend our resources,” senior producer Michael Bybee told Eurogamer. “We have time that we can spend on characters and art, and we have to make decisions about that.”

For Warlords of Draenor, character models got a fancy HD upgrade that made them all look very handsome but sadly did absolutely nothing for Azeroth’s diversity. “What we really didn’t want to do,” said Bybee, “is just slap a new skin colour on there and say: ‘Yep, done, we’ve got diversity.”http://www.pcgamer.com/”

“Instead what we’re doing is we’re actually remodelling the faces of these characters to match what might actually make sense for that particular ethnic background. Which takes time—but we wanted to do it right. The biggest piece there is we wanted to make sure this actually made sense in our game.”

This was similar to Ubisoft’s excuse for the absence of playable female characters in Assassin’s Creed—thankfully now rectified—and it’s hard to swallow. That it takes a lot of time and resources is certainly believable, especially since it’s not just humans getting lots of new options, but 15 years? Nah.

Still! It’s a positive change, and one that will hopefully please the many people who have been clamouring for more representative customisation options for a long time.