How does your birthday affect your Death Stranding DOOMS abilities? Hideo Kojima has put a lot of weird and quirky stuff into Death Stranding, so it’s immediately suspicious that, even before you’ve stepped a virtual foot in the game, it’s asking for your birthday. What has that rascal planned now?

Before you start the game, a message appears on your screen to explain that entering your birthday relates to your DOOMS abilities somehow. It insinuates that different birthdays grant the player different levels. But the question is, does it actually make a difference?

What are Death Stranding DOOMS? 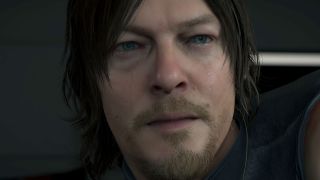 The Death Stranding PC release date isn’t until early summer 2020, but we’re getting a head start with the console version to give you the best advice ahead of the PC launch.

DOOMS are supernatural abilities that characters in Death Stranding use to interact and perceive the otherworldly entities of BTs (Beached Things) and The Beach (the liminal space between our world and that of the dead). Each character’s abilities have a certain level that grants them certain skills. Protagonist Sam Porter Bridges’ DOOMS level is two, meaning he can sense the presence of BTs, but Fragile’s (another character played by Lea Seydoux) is higher, thus imbuing her with ability of transportation.

After entering your birthday, the game informs you that, “Higher levels of DOOMS abilities have been observed in those born under the constellations such as Cancer, Pisces, Cetus, Delphinus, and Gigas.” The implication is that if your birthday falls under these constellations then you get a boost in your DOOMS abilities in Death Stranding. We’re less sure of the exact dates when it comes to Cetus, Delphinus, and Gigas, but here’s our best guess in terms of how the dates relate to the constellations:

Does your birthday matter in Death Stranding?

You’ll no doubt recognise Cancer and Pisces as birth signs, but you might not when it comes to Cetus, Delphinus, and Gigas. Not everyone’s birthday is included in the list—as an Aries, I’m officially offended—but it doesn’t seem that they affect gameplay at all as far as we can tell. Some have speculated that it could be something related to DLC or an easter egg but, right now, nothing has been discovered just yet.

Kojima’s birthday, August 24, doesn’t fall into any of the constellations, but Norman Reedus’ birthday does: he falls under Gigas, whatever that means. Hopefully one day we will find out the impact of these mysterious star signs. It could be absolutely nothing, but knowing Kojima, he’ll have hidden something in his game somewhere. Typical Virgo.

As a side note, if you play the game on your birthday, you get a lovely in-game cake to celebrate. How sweet.