Get to know your equipment loadout in Call of Duty: Modern Warfare

Home  /  Games   /  Get to know your equipment loadout in Call of Duty: Modern Warfare Get to know your equipment loadout in Call of Duty: Modern Warfare

Succeeding in Call of Duty: Modern Warfare’s multiplayer is about more than having a precise aim and a speedy trigger finger. Infinity Ward’s reimagining of Call of Duty includes a wide variety of gadgets and equipment to help give you an edge in a fight. Some of these, such as flashbangs, smoke grenades and night-vision goggles will be familiar to experienced Modern Warfare players. However, Modern Warfare also offers a range of more eclectic gadgets that you may be less acquainted with.

Here, we run down some of the stranger things you’ll find lurking within your Call of Duty loadout. The following items come in two different categories. These are equipment items, which you choose as part of your loadout, and field upgrades, which you assign at the start of a match.

The snapshot grenade is one of Modern Warfare’s more technologically advanced pieces of equipment. Upon detonation, it creates a 3D holographic image of the area within the blast radius. This image only lasts for a few seconds, but it will highlight any enemy players who are caught within it sensors. Hence “snapshot.”

Snapshot grenades are useful for mapping a room that you expect might be heavily defended, or for rooting out campers that you know are somewhere nearby but can’t quite pinpoint. Either way, you’ll need to act quickly on the information snapshot grenades provide, as the image that it creates won’t remain consistent for long.

The Decoy grenade is an unusual “counter-intelligence” gadget, designed to fool your opponents into thinking there are enemies at a certain position. When thrown into a particular area, it emits the sound of gunfire and produces fake signatures on enemy radars. This enables you to set up an ambush, luring enemies into a trap. Alternatively, it could be used to weed out a sniper in a fortified position without exposing yourself to their aim, tricking them into relocating.

One of the more atypical field upgrades, the EMP drone is a small, remote-controlled plane that harbours an onboard EMP device and can be manually flown by the player into enemy territory. When detonated, the electromagnetic pulse it generates will disable all electrical equipment in that area. This includes player minimaps specific electrical devices, and certain types of scopes, like red-dot sights and holographic optics.

When used correctly, the EMP drone is a powerful field upgrade. Be careful, however, as the drone doesn’t discriminate between friend and foe, and will also disable your team’s electronics if any are caught in the blast radius.

We’ve combined these grenades together because they function in similar. Semtex is a form of plastic explosive, highly malleable, waterproof, and detonated with an electrical current. In Modern Warfare, it’s used as a sticky grenade, detonating a short while after exploding.

Like Semtex, Thermite is also thrown as a sticky grenade. Instead of exploding, however, it ignites and then burns consistently at up to 4,000 degrees Fahrenheit for several seconds. Obviously it will kill any unfortunate player it sticks to, but it’s also useful as a defensive grenade, blocking off doorways for short periods and giving you time to reload or heal.

Call of Duty’s maps feature lots of dangerous open areas where players can easily be caught out by keen-eyed snipers. One solution to this problem is to take some cover with you. Deployable cover is essentially a small bulletproof wall that can be quickly set up anywhere on the ground, enabling you to create your own defensive position. You can also mount your weapon onto the top of the cover, transforming it into a personal gun turret. Just bear in mind that, although sturdy, deployable cover isn’t indestructible, and you need to be prepared to evacuate your position if you come under heavy fire.

The heartbeat sensor is an iPad-sized handheld device that, as its name suggests, tracks enemy heartbeats, allowing you to pinpoint their positions. It works by sending out a regular pulse in a 180-degree arc in front of you, highlighting any heartbeats it picks up on its radar-like display. The sensor also tracks enemy movements to a limited degree, meaning you can get a sense of which way your opponents are facing, and whether they’re advancing upon your position.

The heartbeat sensor is particularly useful for clearing rooms, although it’s important to note the sensor doesn’t display other objects. When using it, keep in mind that just because an opponent is visible on the sensor, doesn’t mean they will be instantly visible when you step into the room. 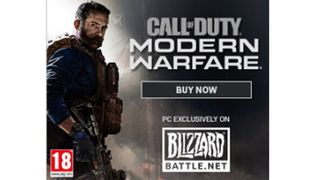 The Trophy System is a field upgrade that, essentially, counters enemy equipment. Resembling a small security camera on a tripod, when deployed the Trophy System will deactivate and destroy up to three pieces of enemy equipment that crosses into perimeter. This includes grenades, mines, and other deployables. Any squadmate stood within the Trophy System’s effective radius will be temporarily protected from explosives, making it a fantastic boon to any squad.