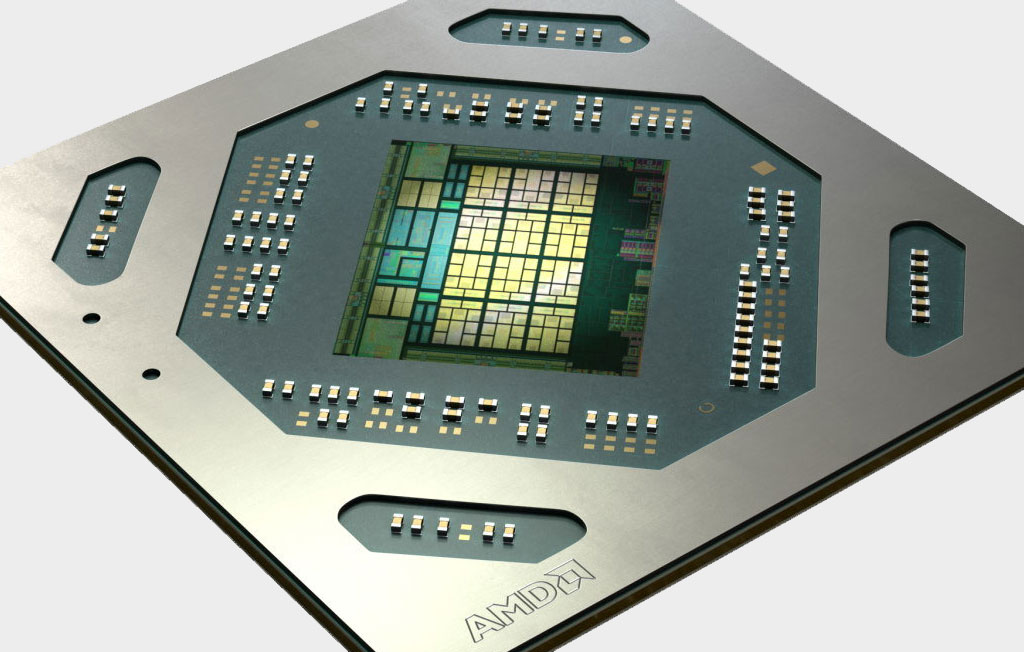 When AMD introduced its Radeon RX 5500 series graphics cards last month, it made no overt mention of a 5500 XT model, only that the 5500 series would be offered with 4GB and 8GB of GDDR6 memory. Now it’s looking like the 5500 will bear 4GB, and an unannounced 5500 XT will be the one with 8GB.

I’m speculating here, but given the weird way in which AMD launched the RX 5500 series, things are bit open ended right now. What AMD revealed is the 5500 series would manifest in both desktop and mobile (5500M) form. AMD said the desktop cards would show up first in pre-built desktop systems starting this month, with standalone cards to follow sometime in the fourth quarter. (Even though we’re in the fourth quarter already.)

Meanwhile, if you head over to the Radeon RX 5500 product page on AMD’s website and scroll down the specifications section, it lists the “max memory size” as 4GB. Contrast that with AMD’s press release, which clearly states the 5500 series will be offered with up to 8GB of GDDR6 memory.

This is where things get interesting. Twitter user Komachi spotted a new listing from the Eurasian Economic Commission (EEC) that outlines several Gigabyte Radeon RX 5500 XT models, each with 8GB of memory, according to the model numbers. For example, one of them is listed as GV-R55XTOC-8GB. Unless Gigabyte is suddenly changing up how it labels its card, this points to a factory overclocked Radeon RX 5500 XT OC model with 8GB of memory.

As spotted by PCGamesN last week, there’s a separate EEC listing outlining a bunch of 5500 XT cards from MSI. These are less cryptic in nature, as they flat out say the name of the card. For example, one of the half dozen models is listed as a Radeon RX 5500 XT Gaming X card. There’s nothing to decode there.

This is not exactly a major mystery, and more a matter of putting the pieces together. In doing so, it certainly appears as though 5500 XT cards are coming, with those being the ones with more memory. There will probably be a separate announcement as well, since AMD does not yet list a 5500 XT product page.

We’ll have to wait and see how pricing shakes out. Timing will be important too—depending on when these cards launch, they could end up competing with Black Friday deals that are right around the corner.